Vancouver's Meetings and Conventions Industry by the Numbers 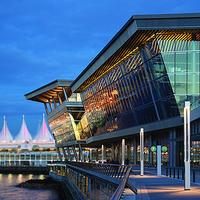 • 800 - Approximate number of active local hosts in Tourism Vancouver's Be a Host program (meaning they are either currently bidding, or have recently bid on a conference).

• 45% - Conversion rate of Tourism Vancouver's Meetings and Conventions Sales team when bidding on some 500 meetings each year.
• 2014 - The year Vancouver was ranked the top North American city for hosting international meetings by the International Congress and Convention Association.