British Airways to Launch A380 Service to YVR 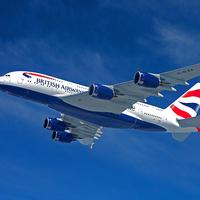 This will replace the current Boeing 747-400 service and the seasonal service via the Boeing 777-200 ER (BA 086 and BA 087) will be eliminated. This marks the first scheduled Airbus A380 passenger service into Vancouver.