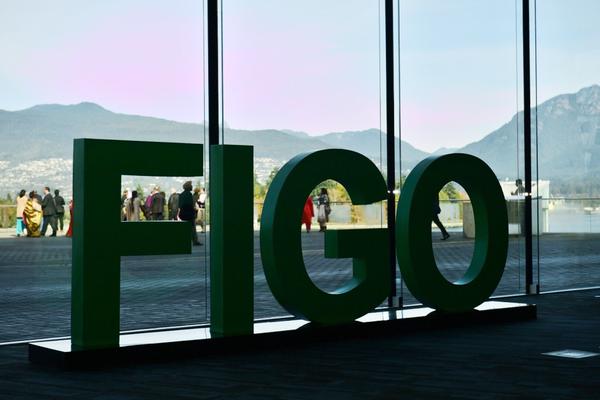 The Vancouver Convention Centre and Tourism Vancouver are pulling out all the stops to welcome over 7,000 members of the International Federation of Gynecology and Obstetrics (FIGO) to the XXI World Congress from October 4 to 9, 2015.The FIGO World Congress is one of the largest medical conferences focusing on women's health. Based on the standard industry calculation for economic impact, this event will contribute approximately $26 million in direct spending to the Vancouver economy.

Held every three years, the FIGO World Congress is considered by many to be the "Olympics" of obstetrics, gynecology and women's health as the best scientists, clinicians, teachers and other allied health specialties who care for women throughout their life will come together to present the latest science and best clinical practice. Currently FIGO has member societies in 125 countries or territories.

One of the highlights of FIGO is the inaugural Mahmoud Fathalla lecture featuring Eve Ensler, bestselling author of The Vagina Monologues and one of Newsweek's 150 Women who changed the World, presenting her visionary memoir In the Body of the World which looks at separation and connection-to the body, the self and the world.

Ken Cretney
President and CEO, BC Pavilion Corporation
"We are excited to welcome FIGO and its members to Vancouver. Although, this is their second visit to Canada, it is their first to the West Coast. Being able to attract large medical conferences like FIGO demonstrates the exceptional global reputation Vancouver now has as an international meeting destination and the outstanding reputation of the local medical community."

Dr. Dianne Miller, M.D. F.R.C.S.C.
Division Head Department of Gynecologic Oncology, and Co-Founder of the Ovarian Cancer Research (OvCaRe) Program, BC Cancer Agency
"After six years of planning, I'm thrilled to welcome professional colleagues from 125 countries and territories to Vancouver. The history of the Congress dates back to 1954 when representatives from 42 countries met Geneva into what is now a truly international congress bringing together some of the world's leaders in women's health. Cities have to compete every three years for the privilege of hosting the Congress. Working together with the local tourism sector helped make FIGO happen."

Dave Gazley
Vice President of Meeting & Convention Sales, Tourism Vancouver
"The XXI FIGO World Congress of Gynecology and Obstetrics is another example of the success of the Be A Host program. Be A Host began working closely with FIGO in 2009 to bid on this congress and eventually win it for Vancouver. We applaud Dr. Dianne Miller for her work in delivering this important event. The innovative Be A Host program is run by Tourism Vancouver, in partnership with the Vancouver Convention Centre and the Vancouver Hotel Destination Association to stimulate and secure more meetings business for our city."

About Vancouver Convention Centre
Located on Vancouver's downtown waterfront with a dramatic mountain backdrop, the world's first LEED®  Platinum certified convention centre offers one of the most beautiful settings in the world. The award-winning Vancouver Convention Centre features two connected buildings with a combined total of 466,500 ft2 (43,340 m2) of flexible meeting, exhibition, ballroom and plenary space. The facility is committed to environmental sustainability as well as unparalleled service, technology offerings and culinary excellence.