Get ready, Olympic fans: North America's ¬first and only official member of the Olympic Museums Network opens at the Richmond Olympic Oval fall/winter 2015. Called the Richmond Olympic Experience (or ROX, for short), this new 15,000-square-foot museum and interactive experience aims to reignite the excitement of the Vancouver 2010 Olympic and Paralympic Winter Games by educating visitors in the science, art, culture and power of sport. The permanent installation features hundreds of Olympic artefacts - including medals, torches and uniforms from past Olympic heroes - and state-of-the-art VROX Olympic and Sport simulators for ski jump, paddling, slalom and bobsleigh. Visitors can also measure their vertical jump, long jump and reaction time, comparing their results to those of an Olympian. You can try your hand at broadcasting an Olympic event. Or, you can buckle up in the Motion Seat Theatre and walk a mile in an athlete's shoes: 44 motion seats will be synchronized with each motion of an Olympic athlete so you can immerse yourself in the action of the Games.
www.therox.ca 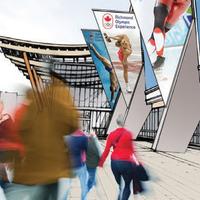 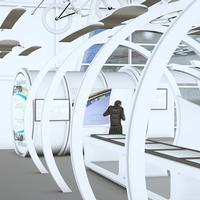