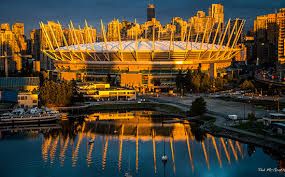 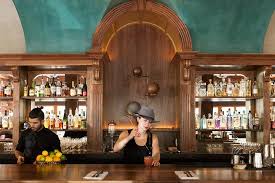 Year-round, BC Place Stadium and Rogers Arena - two of Vancouver's biggest and most impressive event venues - play host to globally recognized sporting matches, concerts and exhibits (FIFA Women's World Cup 2015, Madonna, Taylor Swift and MLS soccer, for starters). So it's only natural that the area surrounding these stadiums - aptly known as Vancouver's "Stadium District" - has evolved into a destination-within-a-destination. Extending north from Terry Fox Plaza (at the corner of Beatty and Robson streets) towards the edge of Gastown, the neighbourhood is brimming with top-calibre restaurants and bars that are ideal for getting pumped or winding down pre- and post-event. Here, there's a flavour for every palate: North African and Middle Eastern cuisine at the newly expanded Chambar; hearty Canadian fare at Bogart's Bar; and old-school beer-and-barbecue at Devil's Elbow. Other internationally influenced options: Frankie's (classic Italian), Black Rice (Japanese izakaya), Library Square Public House (plenty of screens for catching the game) and Central City Brewpub (local craft beer). Even better: the area is easily accessible via Canada Line skytrain. Think of the Stadium District as Vancouver's answer to "dinner and a show".